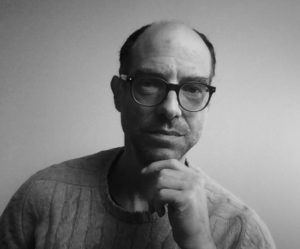 I often think of myself as a philosopher. To me, the “Ph” of my “PhD” is significant. Officially my degree is in Architecture: Design Theories and Methods. But what I studied was philosophy. Questions of practical epistemology–of what we know, what we can know, what it is to know, and how we can put that knowledge into action–are the ones that fascinate me the most. Whatever the field of study, we are faced with these questions, which define what constitutes good research and a contribution to knowledge.

In May 2002, I received a Ph.D. in Design Theories andMethods from the department of Architecture at U.C. Berkeley. The Design Theories and Methods program focuses on the designer’s process: how does a designer move from a problem to a solution? This interest has led me to read extensively in cognitive science, cognitive linguistics, philosophy of mind, philosophy of language, philosophy of science, and epistemology. My approach to understanding design and problem-solving practices is driven by psychological, cognitive issues, again related to epistemology: how does the designer think about projects and make decisions? It is this study of the process of design that laid the foundation for my becoming a dissertation coach: I have spent many hours thinking about different ways of approaching difficult projects. I have been working as a coach and editor since completing my Ph.D. in the spring of 2002.

I received an M.A. in English Literature from San Francisco State University (1996), with a thesis that used Lawrence Sterne’s Tristram Shandy as a jumping off point to look at issues in eighteenth-century English philosophy and their bearing on questions of critical theory. It was during this period–studying the works of Locke and especially David Hume, as well as trying to find grounding in the world of critical theory–that my fascination with epistemology arose. Prior to that point I had largely unconsciously accepted a naive epistemological model based on an idealized vision of science.

As an undergraduate at U.C. Berkeley, I majored in Economics (B.A., 1988) and also studied computer science extensively. During and after college I worked as a computer programmer. It was in my final semester as an undergraduate that I took my first course in philosophy and was introduced to the questions of epistemology that I have been pursuing ever since.

Here are my books.